Next year the emperor of Japan will abdicate the throne bringing the Heisei calendar to an end. The name of the new era is yet to be decided, however, deciding where to spend my vacation in the last summer of Heisei was an easy choice; Miyazaki! 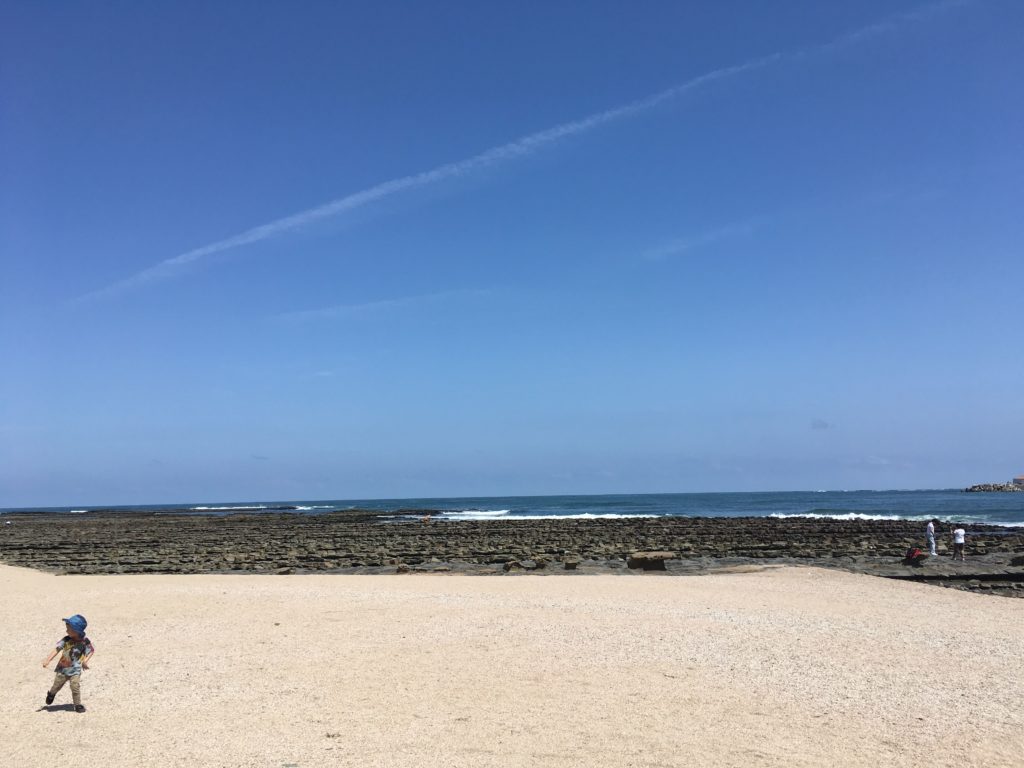 I convinced four of my colleagues to join me for the trip, three of whom had never been to Miyazaki before. I was looking forward to the trip all summer, thinking about all the different places that I would like to show them. It was a struggle to come up with the itinerary because Miyazaki has so many great places, and we only had four days. I also didn’t want to pack the schedule too tightly, as I wanted them to experience the more leisurely pace of life that Miyazaki has to offer.

With typhoon no. 20 just off the coast, we were afraid our flight might be delayed, however, we managed to begin our journey as scheduled. Miyazaki Bougainvillea Airport greeted us with its tropical resort vibe, prompting my colleagues to ask if we had landed in Hawaii by mistake. At one point in its history, Miyazaki was the honeymoon destination of Japan. While many Japanese newlyweds head abroad these days, Miyazaki still manages to keep the resort-feel alive. As the gate to this paradise, Miyazaki airport offers a variety of tropical fruit beverages, floral clothing, and other adornments that set the tone for your stay. As we ventured out of the front door to see the palm trees awaiting us, the feeling of being on vacation well and truly sunk in. 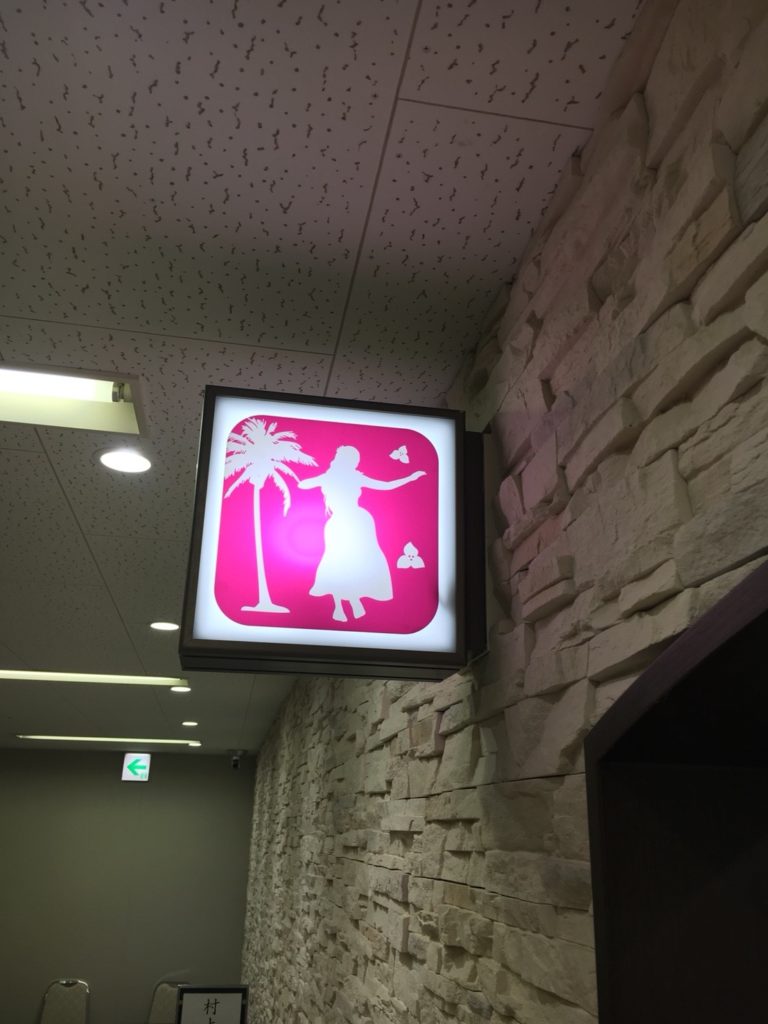 From the airport, we caught the bus directly to Aoshima to check into our hostel. We chose one of the newest hostels in Aoshima, the Aoshima Fisherman’s Beachside Hostel and Spa. We stayed in the women’s only dormitory which sleeps 16. As one of the cheapest hostels I have ever stayed at in Japan my expectations were low, however, I was pleasantly surprised. The hostel was extremely clean and comfortable. The dorm room itself was a little narrow, but well designed and with a generous shared space. The location, right on the ocean with Bon Delice supermarket and Aoshima Beach Park both within a 5-10 minute walk, couldn’t have been more perfect. 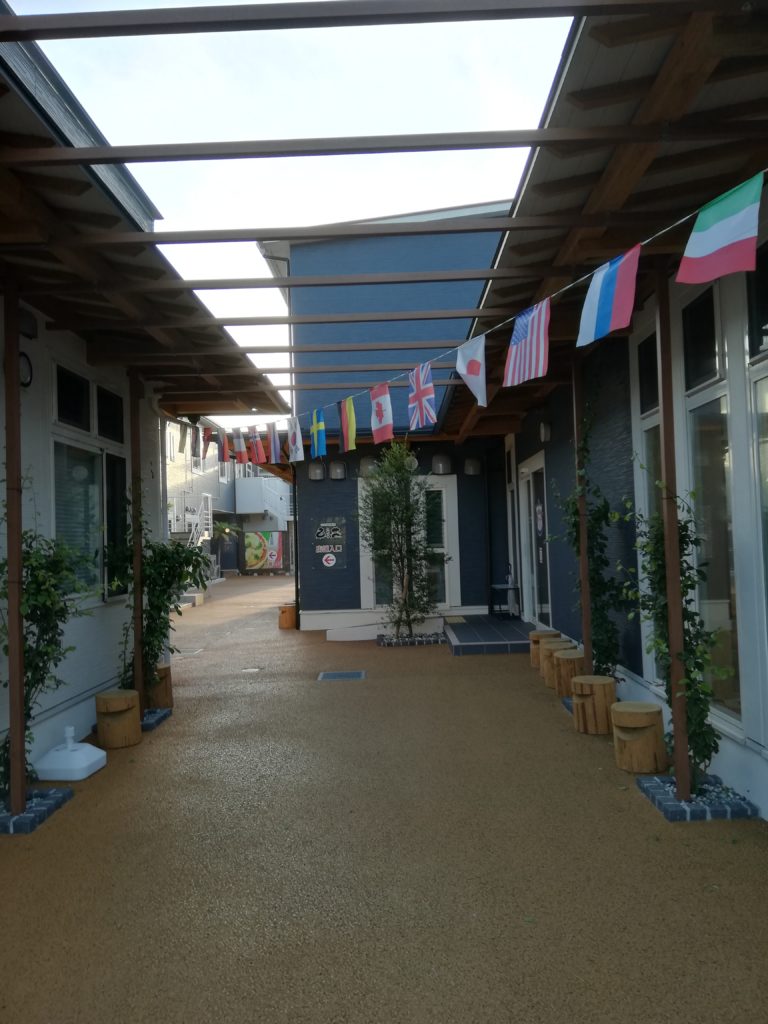 Since we arrived quite late in the afternoon and the beach was closed due to the inclement weather, we decided to just relax by the ocean. We shared a giant rainbow shaved ice at Aoshima Beach Park and watched the waves come crashing into the shore. Unfortunately, it was too dangerous to walk over the bridge to Aoshima Island with the waves and debris washing over the walkway, so we decided to just walk along the coastline instead. A beautiful rainbow broke through the clouds just as we were finishing up our stroll.

Many of the restaurants in the Aoshima area are only open during the day, so we decided to eat dinner at the hostel’s Japanese restaurant, Uomasu. The food at Uomasu was delicious and reasonably priced. We enjoyed fresh sashimi, Miyazaki’s famous chargrilled chicken (sumibiyaki), and a few other dishes as well. After a fulfilling meal, we grabbed a change of clothes and headed to the hostel’s onsen (spa). 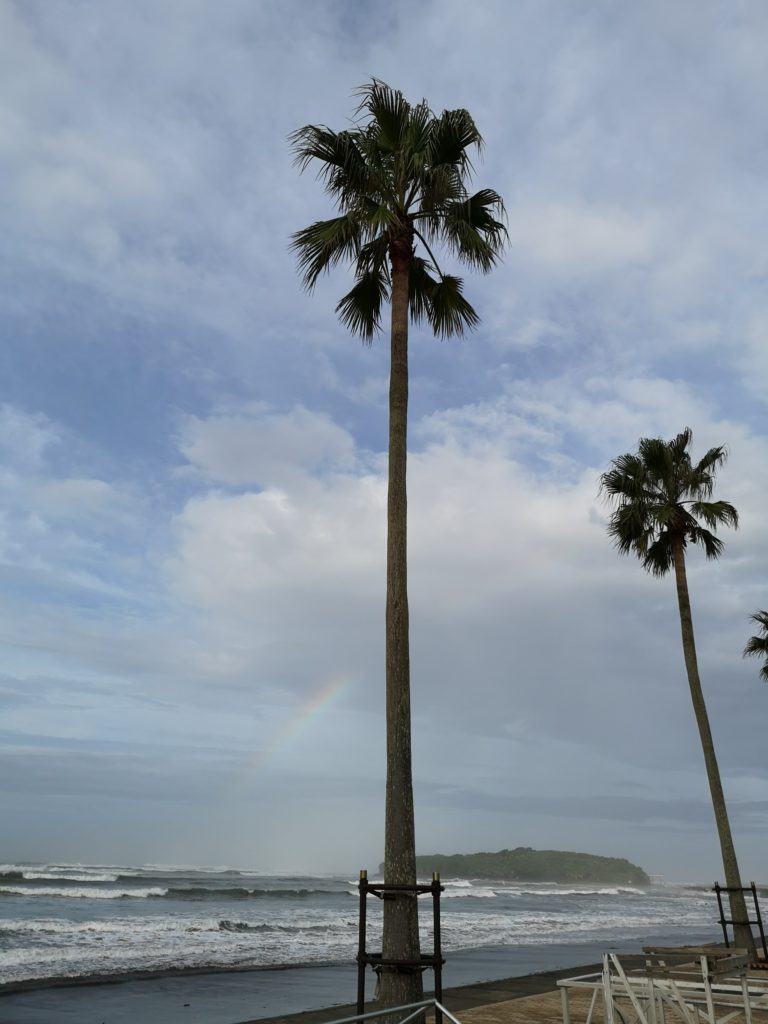 Although the ocean isn’t visible from the onsen like other nearby hotels, the minerals in the water left our skin feeling silky. As we sat relaxing in the water, I wondered why the mural on the wall is a picture of Mt. Fuji and not something more Miyazaki related? A mural of Takachiho or the Nichinan coastline would have been the perfect prelude to the journey ahead. It was beautiful nonetheless, and I felt refreshed and ready for bed.

The next day was going to be a big day full of adventure, good food and fun times!

You can fly directly to Miyazaki from the following airports.