With rising temperatures and summer ahead some of us might not feel very hungry. Luckily, there is a traditional dish from Miyazaki that’s perfect for the hottest season of the year: Hiyajiru. 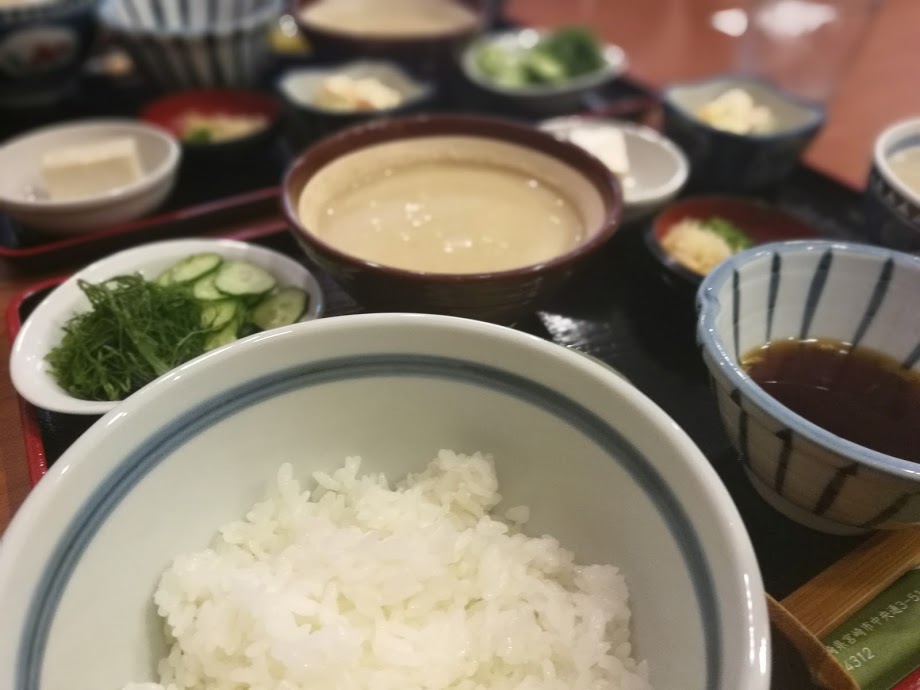 First mentioned in official records of the Kamakura-Period (1185-1333 AD) as a monk’s dish, it first spread all over the country and gradually changed to suit local tastes and ingredients. Because it is a dish served cold, it ultimately only managed to stay in local recipe books of warmer regions, namely Miyazaki. the Hiyajiru served in Miyazaki today stays the closest to the original recipe. Widely known and served as a super healthy meal that is quickly prepared, the dish was especially popular amongst farmers and soldiers who had little time for breaks and food preparation and hence needed a light, fast meal with all important nutrients included. It has been selected as one of Japan’s Top 100 Countryside-Recipes and it has been praised as one of Miyazaki’s old signature dishes.

The dish consists of a thick, cold-stirred miso-broth containing pounded fried mackerel and grounds roasted sesame, dashi-soup, and shiso-leaves. Cucumbers, Tofu, Spring Onions and Japanese ginger is then added to the broth and the whole thing is mixed before it’s finally poured over warm rice, giving it just the right temperature and texture to eat when you don’t feel like eating anything. I personally also could see it as a wonderful dish for an upset stomach after a night out with a few drinks too much!;) 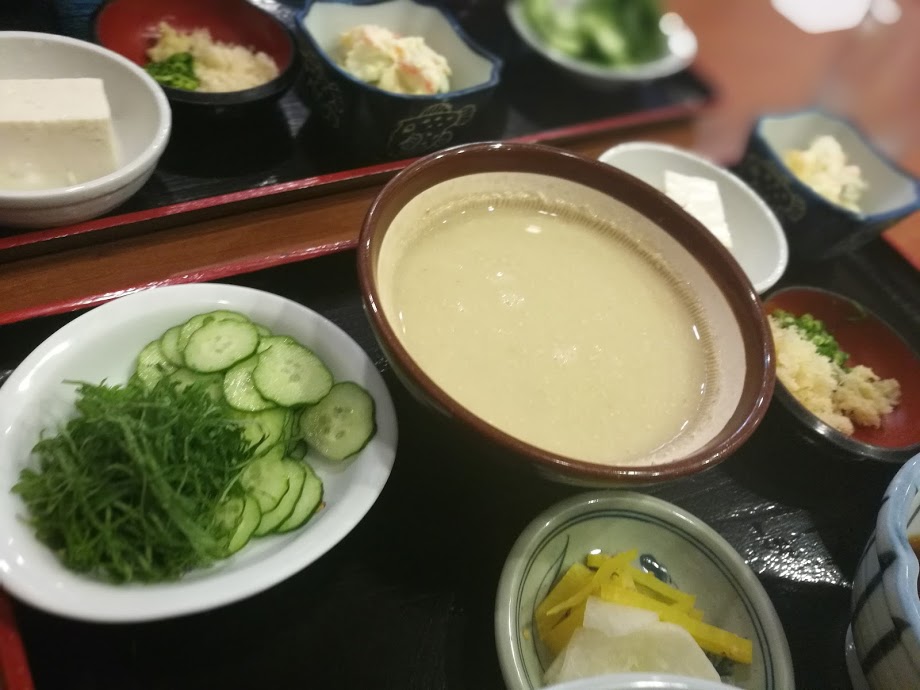 Ever since I came to Miyazaki, Hiyajiru became a new favorite dish of mine as soon as I discovered it! You can eat it at most local restaurants; we often go and eat it for lunch at 東京庵(Tokyo-an (address listed below))!