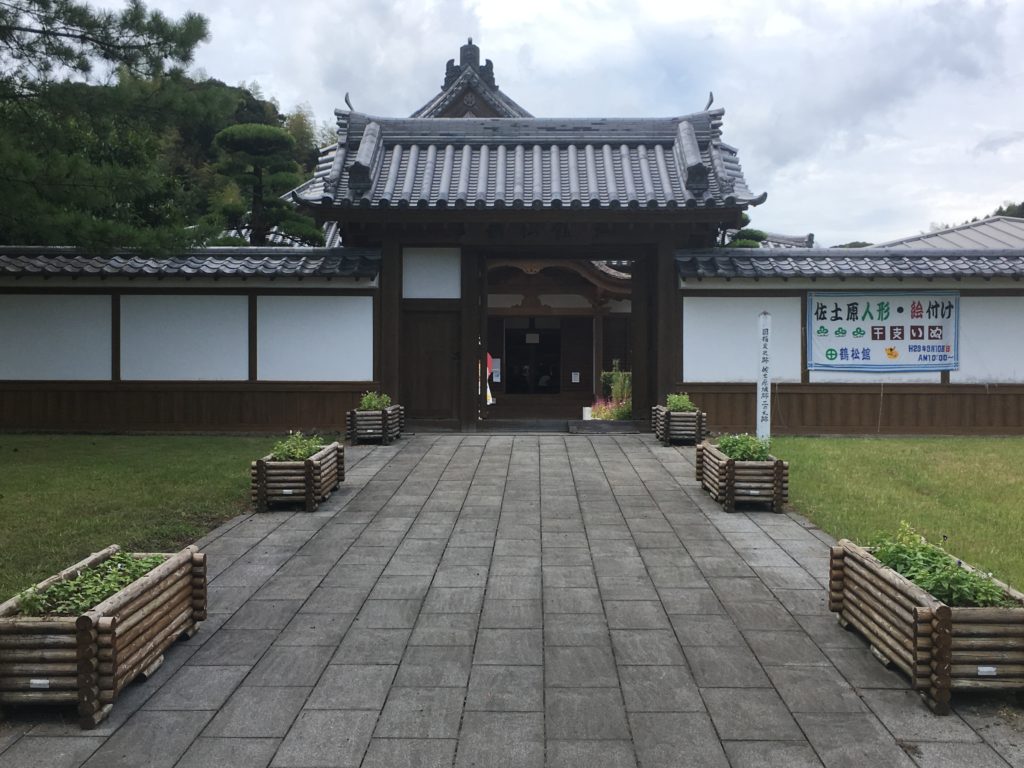 The Sadowara clan was ruled by the Shimazu family until the end of the Bakumatsu era. This area is now known as Sadowara town in Miyazaki city and the southern areas of Saito city. In 2004, it was designated as a historical site by the government. The area surrounding the castle prospered as a merchants’ town, as it was on the main route south towards the Obi castle town and the Satsuma region. The castle was abandoned in 1869, but an excavation survey was carried out in 1989. The Sadowara historical museum consisting of 3 buildings; “Kakusho-kan”, “Sadowara excavation cultural assets management center” and “Old Sakamoto house merchants’ museum” were erected according to the excavated remains. At the Kakusho-kan, you can see hanging scrolls and armor among the other possessions of the Sadowara shimazu family. The Sakamoto family was Miso and soy sauce producers. Their residence where the products were made and sold has been preserved. You can get a feel of the life that people lived during this era of Japan.

Hi! My name’s Aoi. It might be a bit hard for English speakers to pronounce ...the meaning is the name of a flower. I’m from Miyazaki, Japan. Born and raised. I have been living in another area of Japan for eight years after my graduation, including working in Laos as a consultant assistant. Miyazaki, such a beautiful but unknown area in Japan, I believe that you would undoubtedly love it. Our team created this website especially for you, foreign travelers or anybody who look for something new here! My most favorite place is Kaeda valley. If you want to change your mood or visit a nature-rich secluded spot, it is the best choice ever! Trekking with your camera is also highly recommended. Enjoy your journey:-)