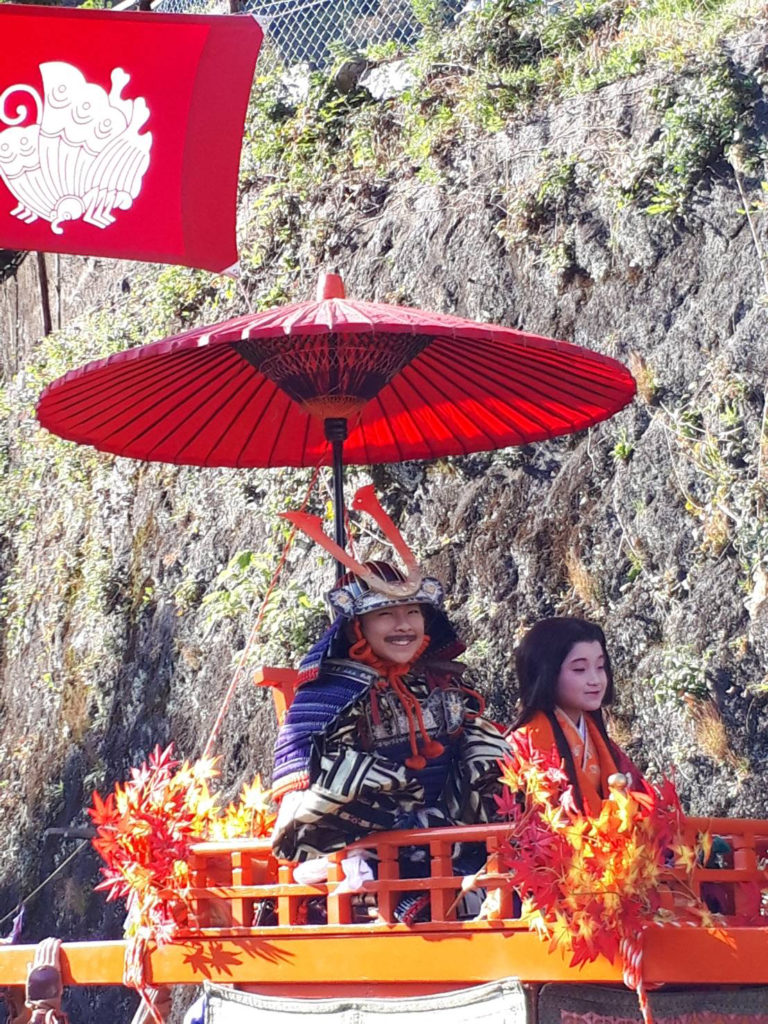 The Heike Matsuri, or Heike Festival is held every year in Shiiba village; a remote town nestled deep in the scenic mountains of Northwestern Miyazaki. It honors the story of a princess and Samurai from rival families, and touches upon the tragic tale of their love affair. Between a grand and impressive parade, numerous stage performances, and a truly unique assortment of food stalls, the Heike Festival has been one of my most memorable experiences in Japan.

While the food and traditional stage performances are certainly enjoyable in their own right, the parade stands as the highlight of the festival. It portrays an intriguing story that dates all the way back to around 1185, when two powerful samurai clans, the Heike, and the Genji, were in a bitter rivalry for power. 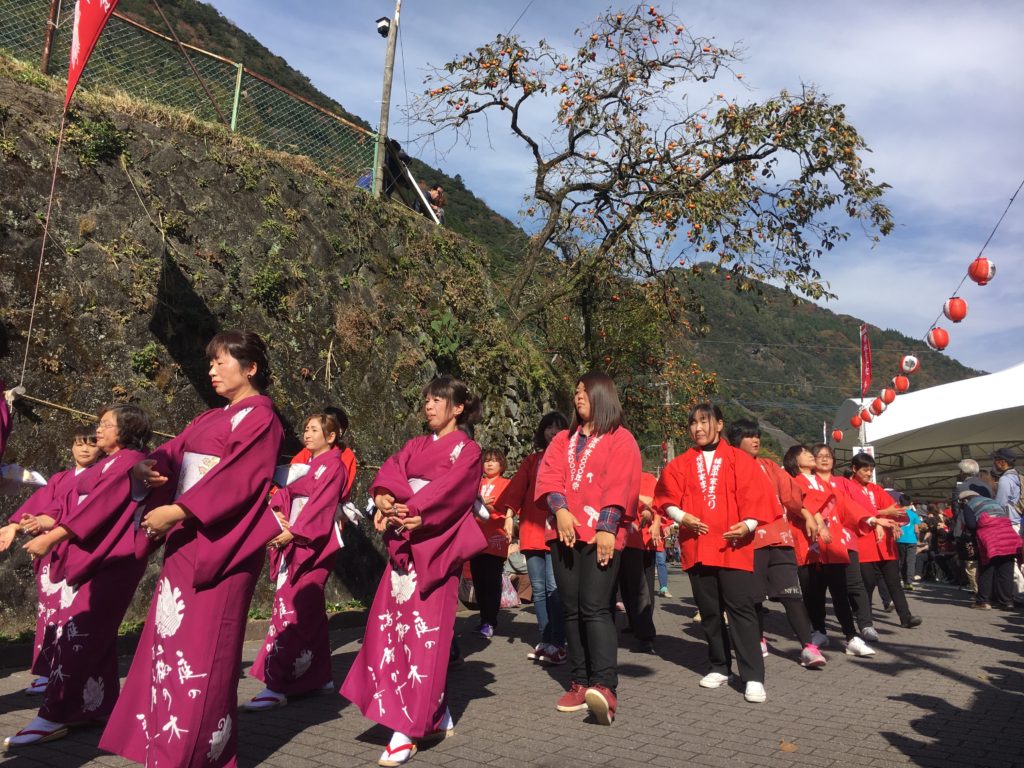 One day a member of the Genji clan named Nasu Daihachiro, discovered the Heike clan hidden away in the mountains. Notwithstanding the orders of Japan’s first Shōgun, Minamoto Yoritomo, Nasu could not help but notice the peaceful nature of the villagers, and did not report the Heike presence back to his lord. To the contrary, he ended up falling deeply in love with the Heike Princess known as Tsurutomi Hime. Despite later being separated by Minamoto, the couple lived in harmony for many years, and eventually gave birth to a daughte, who has passed the Nasu family name from generation to generation in Shiiba.

The Heike Festival parade re-enacts this history. Boys dress up in traditional Genji samurai attire, and girls dress in traditional Heiki maiden clothing, making their way across town to meet. From the exquisite attire, to the dancing of Oni, to a marching brass band, it is a splendid spectacle to watch. 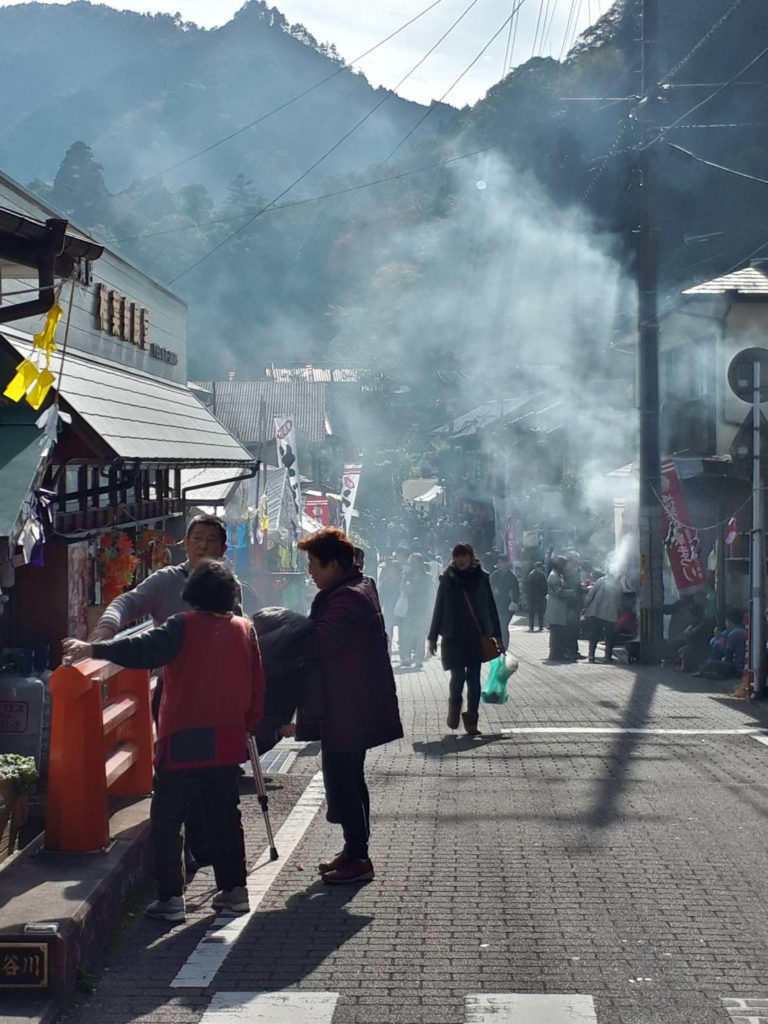 Whether you are interested in history, love food (I highly recommend the grilled wild boar or deer karaage), or just want to experience the beautiful atmosphere of the mountains in fall, the Heike festival has something for everyone. It is a rare opportunity to appreciate the rich culture of Japan’s more traditional side.