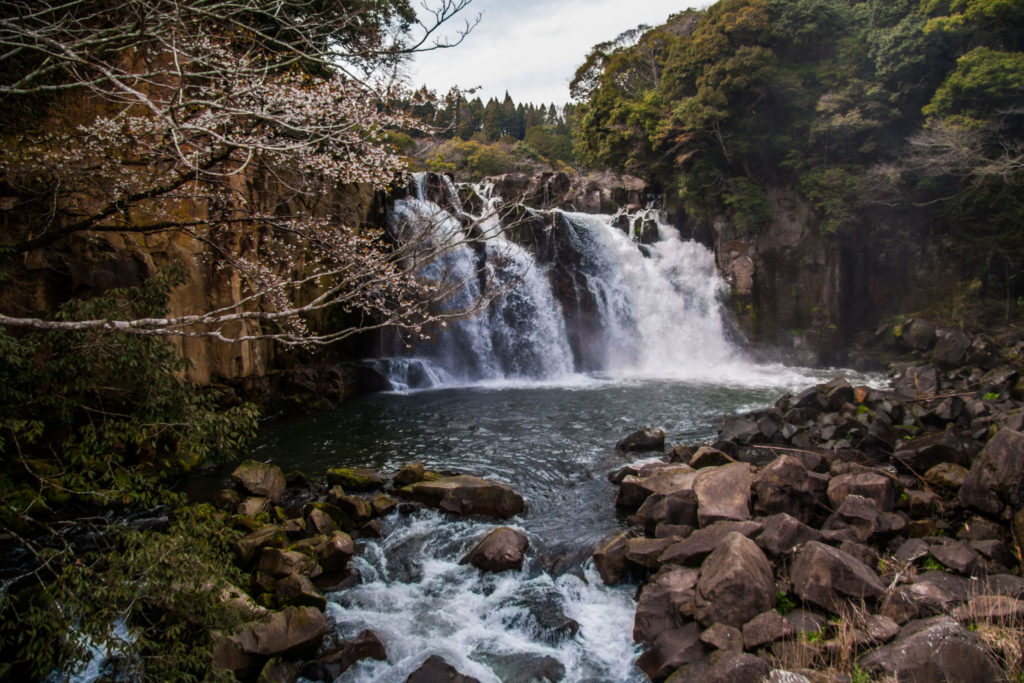 Located within the Mochio Sekino-o Prefectural Park of Miyakonojo, Sekino-o Falls is considered one of the best in the Kirishima Mountain Range and designated as one of the Top 100 Waterfalls in Japan. It’s comprised of three waterfalls, the largest reaching 40 m (131 ft) wide and 18 m (59 ft) high, from water spilling through the cracks of potholes in the Shounai riverbed.

Many years of erosion have created these giant stepping stones that, together, resemble the shell of a tortoise. They are some of the largest potholes in the world and were designated a national natural monument in 1928. A narrow bridge takes you across the river to a small beach where you can walk up across them. 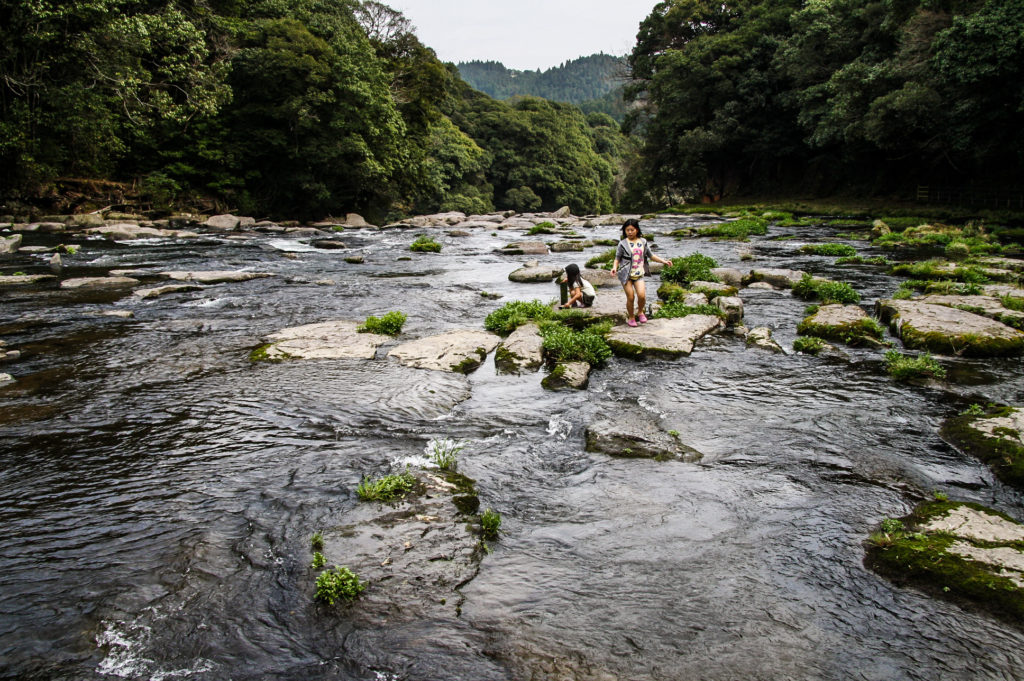 This same path leads down to the waterfall and a suspension bridge, which hangs close enough to the falls to catch some of its spray. From here, you can also see views of the lower river and two, smaller waterfalls, called Odaki (male falls) and Medaki (female falls). These are manmade, carved into the rock during the Meiji era.

The Sekino-o Falls are believed to possess a special healing power. Through the process of ionization, fine water droplets divide in the air, taking on a positive change and leaving the surrounding air with a corresponding negative ionization. These ions are absorbed into the body and can restore alkaline levels of blood and other body fluids while the negative ions are said to improve metabolism.

In the springtime, Sekino-o Falls is a beautiful spot for cherry blossom and azalea viewing.