Where to enjoy one of the most beautiful Hanami place of Miyazaki? 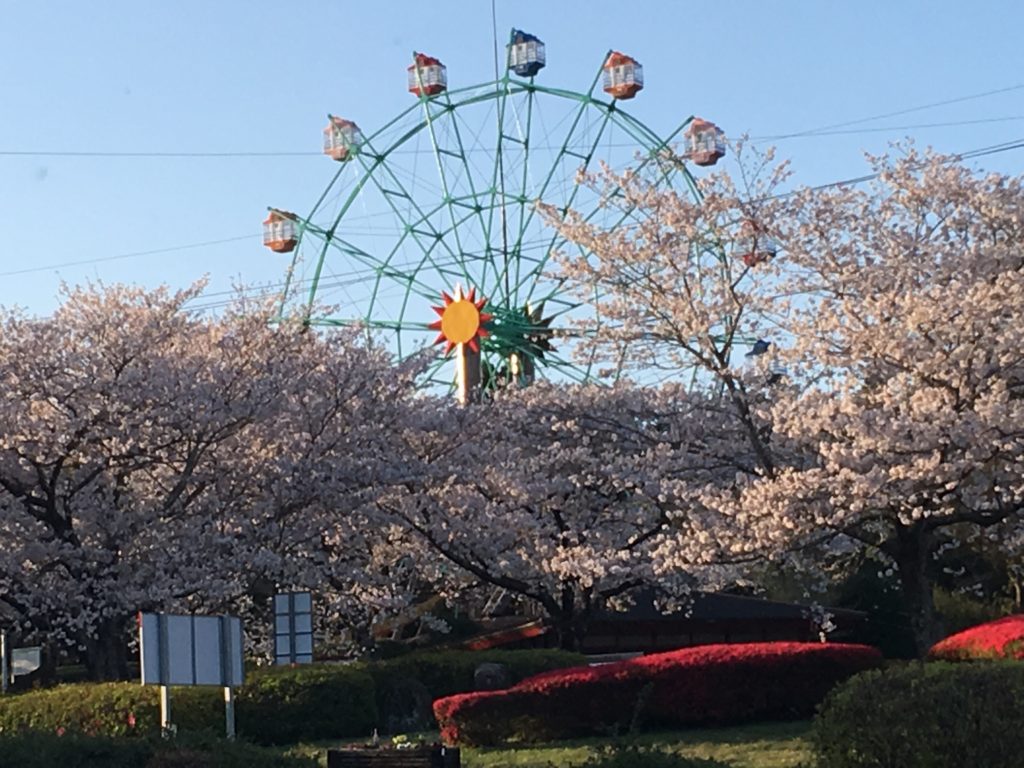 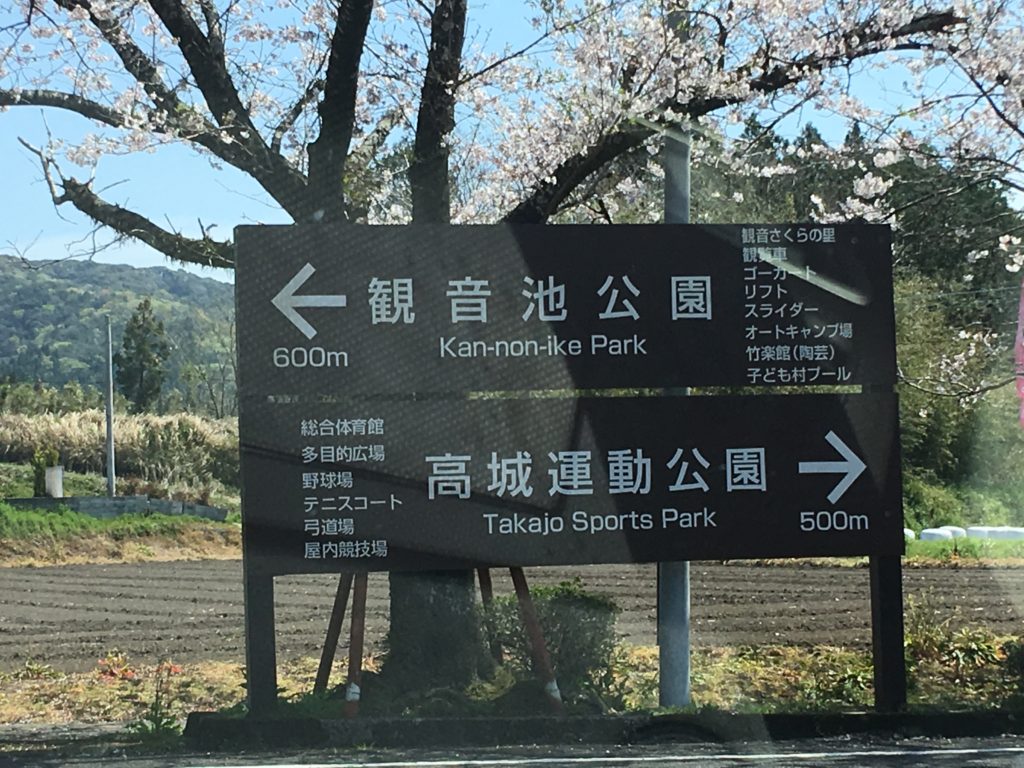 When you think about Japan, cherry blossom is one of the first things which  come to your mind?

You are always dreaming to experiment this event in a heaven spot, drinking and eating some delicious food and sake while you are relaxing??

You are searching for a great place where you can make your dream come true?

Please, I will go ahead, follow me! Today I would like to introduce you to a place that I literally have fallen in love for! Kan-non-Ike park!

However, firstly let’s remember the basics : what is exactly Hanami, where it comes from? How to enjoy it nowadays.

The beginning of spring is synonymous with Hanami – hana 花, “flower”, and mi 見, “look”. An annual and unchanging ritual that sees the Japanese flocking to parks and gardens to contemplate the flowers of Japan’s sumptuous cherry trees.

The custom of Hanami goes back to the Nara era (710-794), when plum blossoms, just imported from China, became an object of admiration in Japan. The trend changes during the Heian period, and it is the turn of cherry blossoms – or sakura – to be praised. The word Hanami is also used for the first time to designate the contemplation of cherry trees in the so-called Genji (eleventh century).

The cherry blossom becomes sacred, for two reasons: it once announced the season of planting rice, so a moment of offering (food and sake) to the Kami (gods), the gods supposed to favor the harvest to come, and symbolizes by its fragility the ephemeral character of existence. The cherry trees of Japan do not bloom and reach this almost divine beauty only ten days a year, before withering away … 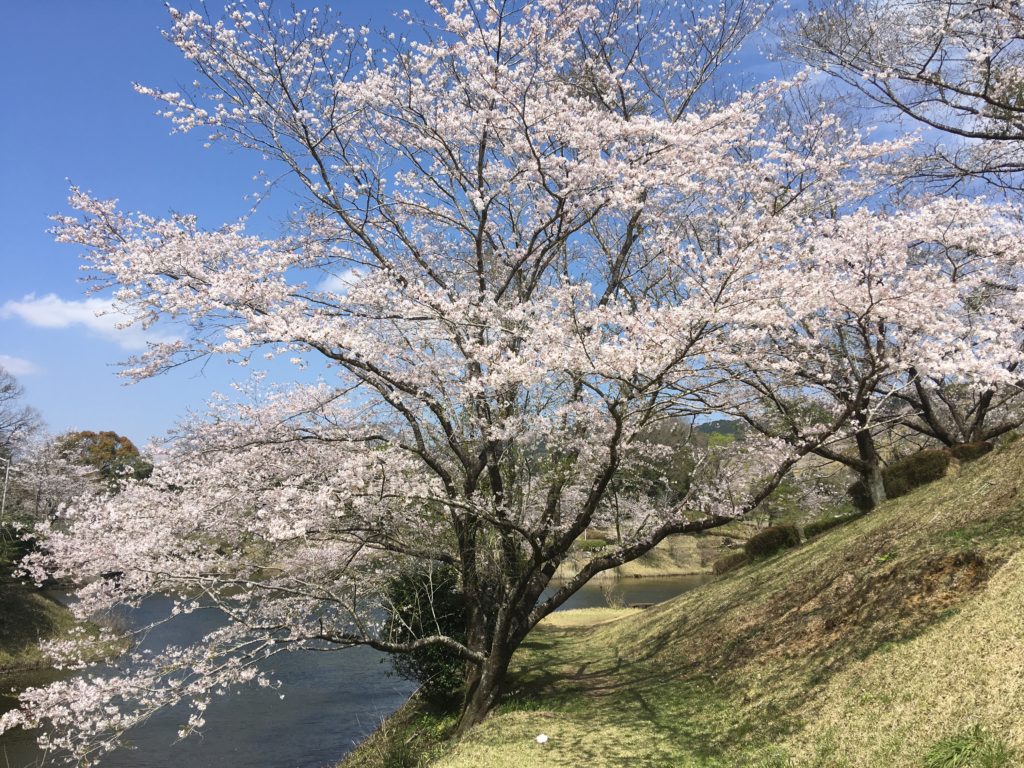 Nowadays, the custom still exists. During the flowering period of the cherry trees, the Japanese go picnicking with family or friends under these trees. It is a perfect moment to chill, eating bento drinking some local beer. The most popular moments are the appearance of the first flowers (開花, kaika?) That photographers look for and the period of peak flowering (満 開, mankai?). 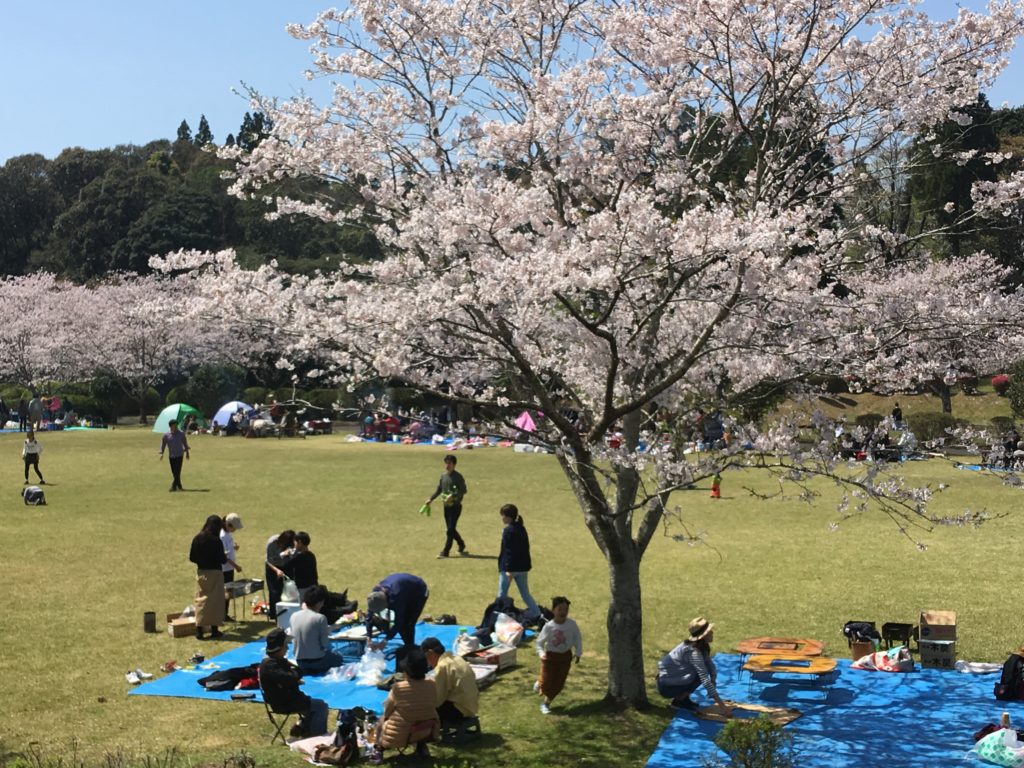 Personally, I opt like many people for a good barbecue. Admit nevertheless that to enjoy a yakinikku under the cherry trees it can be described as a moment spent in paradise! 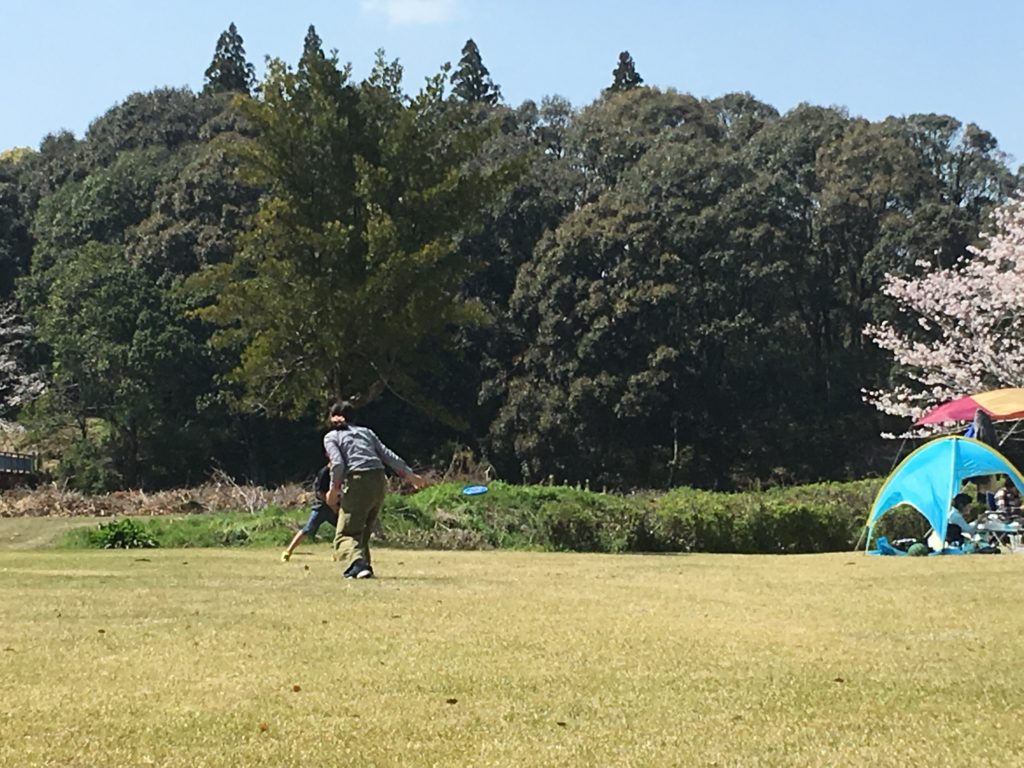 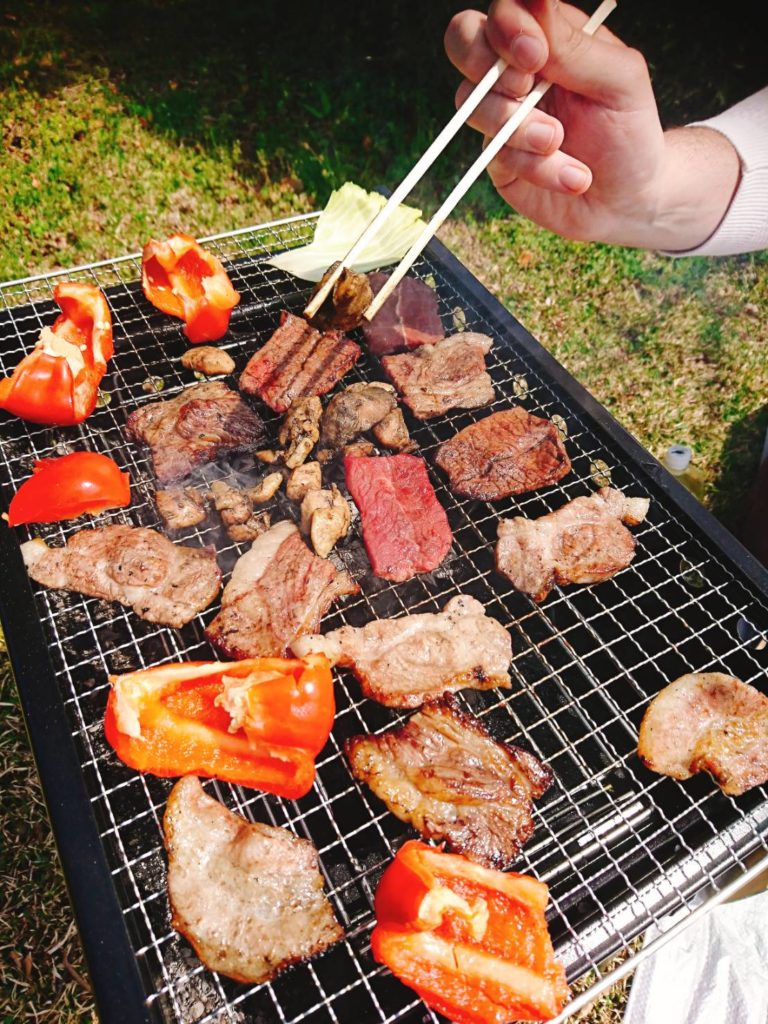 Of course, you will be able to experiment full of activities during all the seasons like:

-To go to the amusement park,

-To enjoy the pedal boat,

– To stroll around the park … And  you even have a golf course nearby if you are into this sport!

I really like to enjoy this beautiful moment and this place of Miyazaki. It is like the time itself stops just for you. I am sure that you would love to see it by your own eyes isn’t it?

So, here is the place and how to access.

Also, it is very difficult to determine when will blossom the cherry trees but, remember that Kyushu is a bit hotter than the main Honshu island. That is why, each year it is approximately between the end of March and the middle of April! I Hope you will enjoy as much as i did!

Ladies and gentlemen, Kano Ike and Miyazaki natural treasures are waiting for you ! 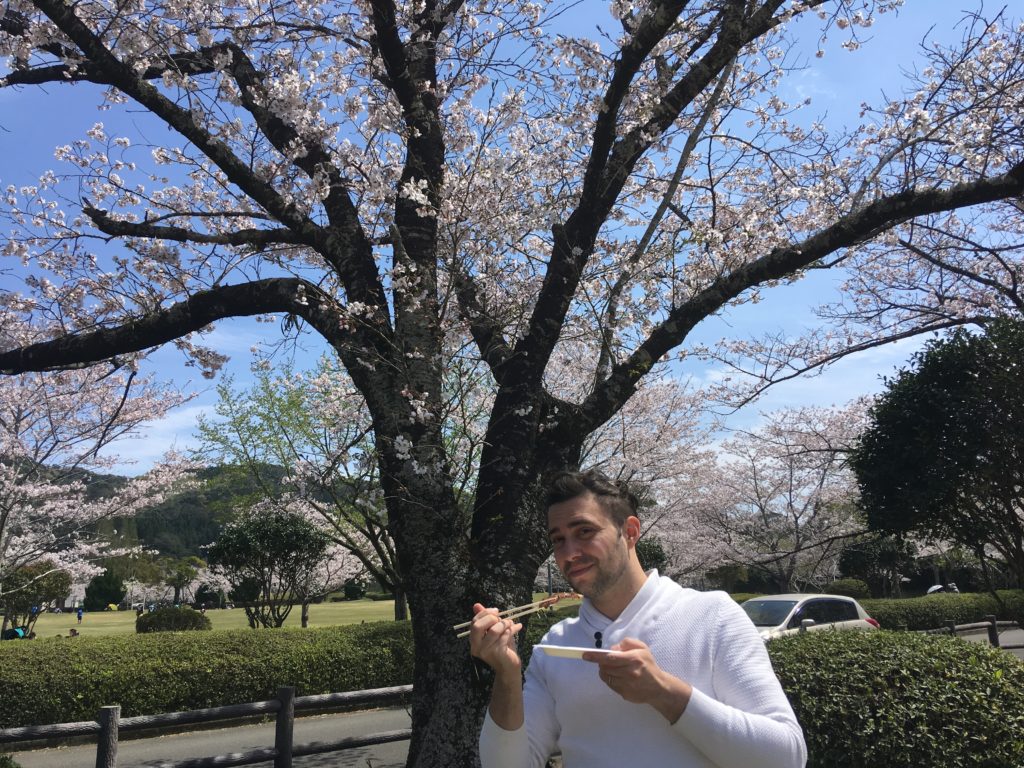 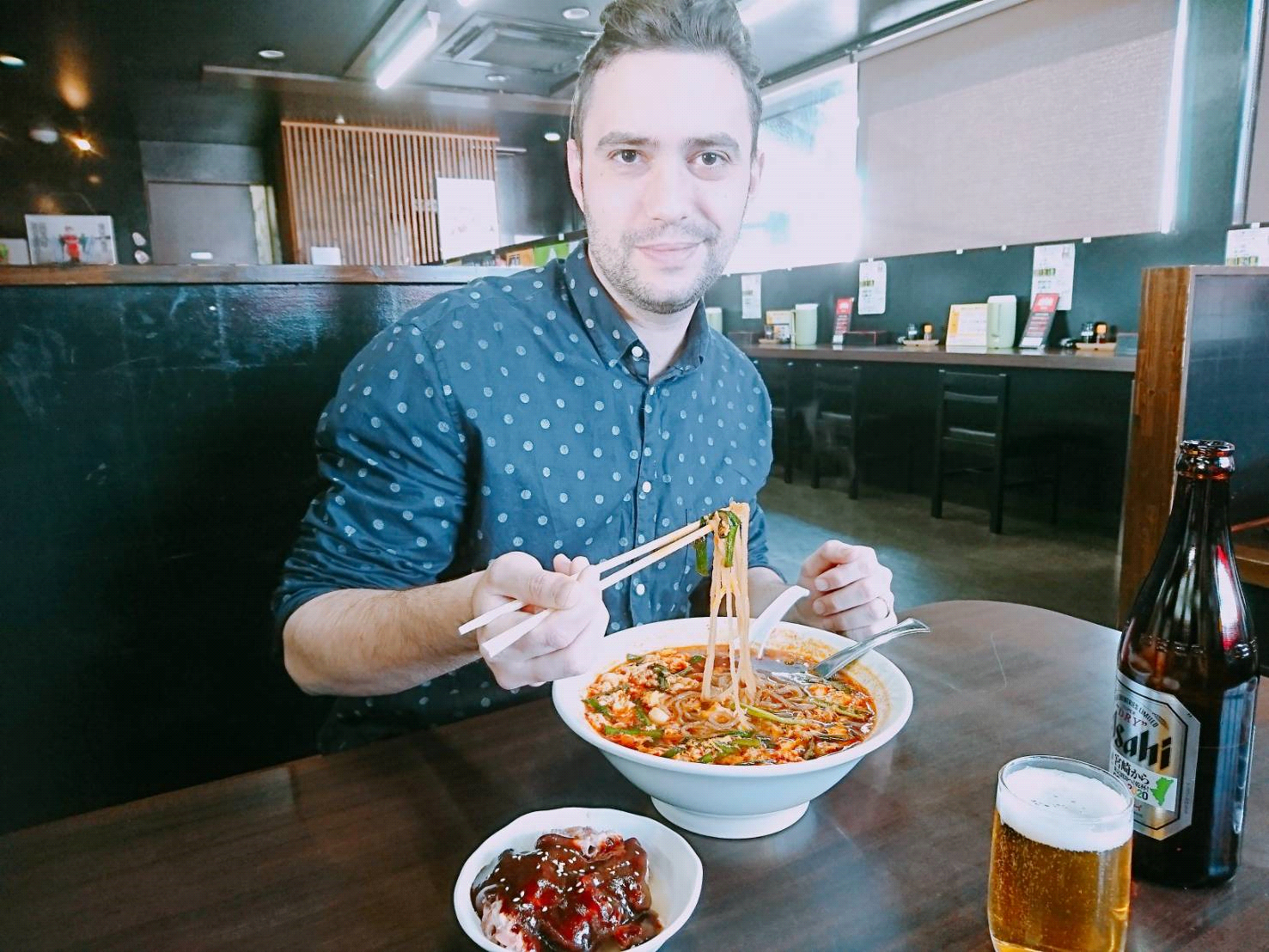 Hello everyone! My name is Louis. I am a Frenchman who lived in France most of his life before falling in love with Japan, especially Miyazaki! This is the corner of Japan where I have been living since 2017 and if you ask me why? Honestly, I think there are too many reasons to explain in just oneself presentation. Instead, may I suggest you that we spend a nice moment together exploring my favorite places? Superb coastlines view, traditional Japanese experiences and events, fantastic flavorful food, useful information ... I promise that I will share with you all my secrets about how to properly enjoy the Miyazaki way of life as the Japanese do. And, by the way, I am sure you will understand why I have become so found of this part of Japan. I hope you will enjoy reading these articles as much as I enjoy writing them for you. Please enjoy and see you soon.