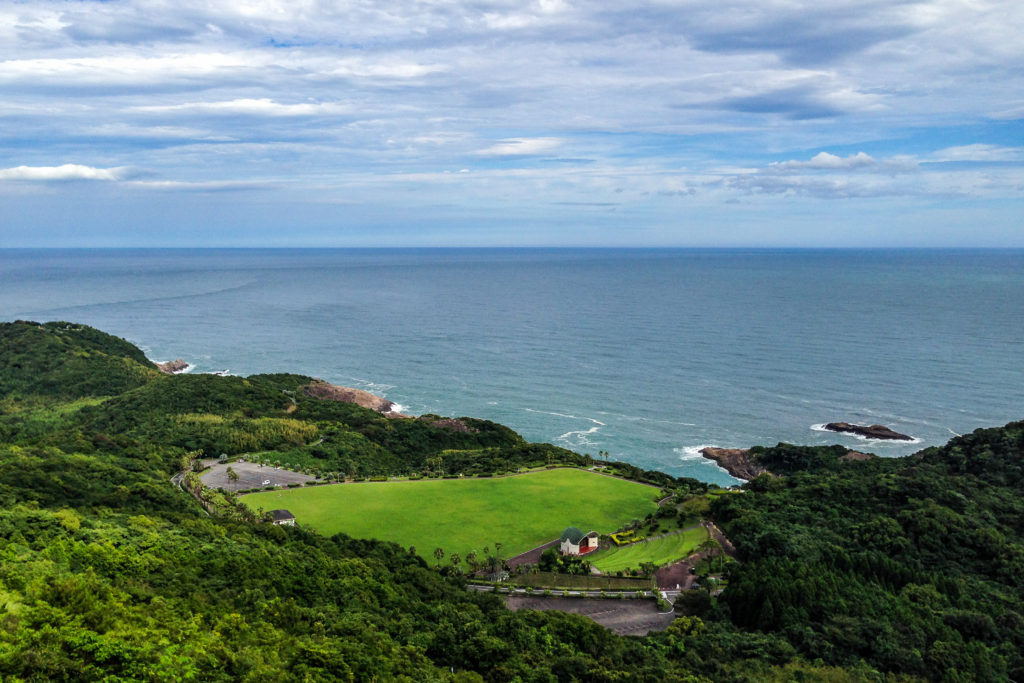 In the northern part of Miyazaki, the port city of Hyuga is a hub of economic and industrial activity. But it’s also a popular surfing spot famous for its natural beauty. Hyuga’s coastline has a wide range of popular attractions, all offering priceless views and breathtaking scenery.

At the top of Cape Hyuga sits Umagase, a v-shaped gorge formed by coastal erosion. A cliff of pillar-like rocks towers 70 m (230 ft) from the gorge, resembling the back of a horse. This is one of several sights on a walking trail that leads all the way to the tip of the Cape, where you can see an unobstructed panorama of the ocean.

Further along the cape is Kurusu-no-umi, where rocks have been eroded by waves into a shape that resembles a cross from above. There is a bell at the viewing point which is said to grant your wishes. One of the highest spots of the Hyuga Cape, Komenoyama Lighthouse, offers an incredible view of the Hyuga-nada coastline. The parking lot offers a great view of Hyuga city, too.

Nearby is one of the top 100 swimming beaches in all of Japan. Isegehama is also a great spot for surfing and walking. To the south, there is a steep staircase that leads to a small shrine in a cave. If you stand in the cave and look out at the right angle during low tide, you can see the shape of a dragon. 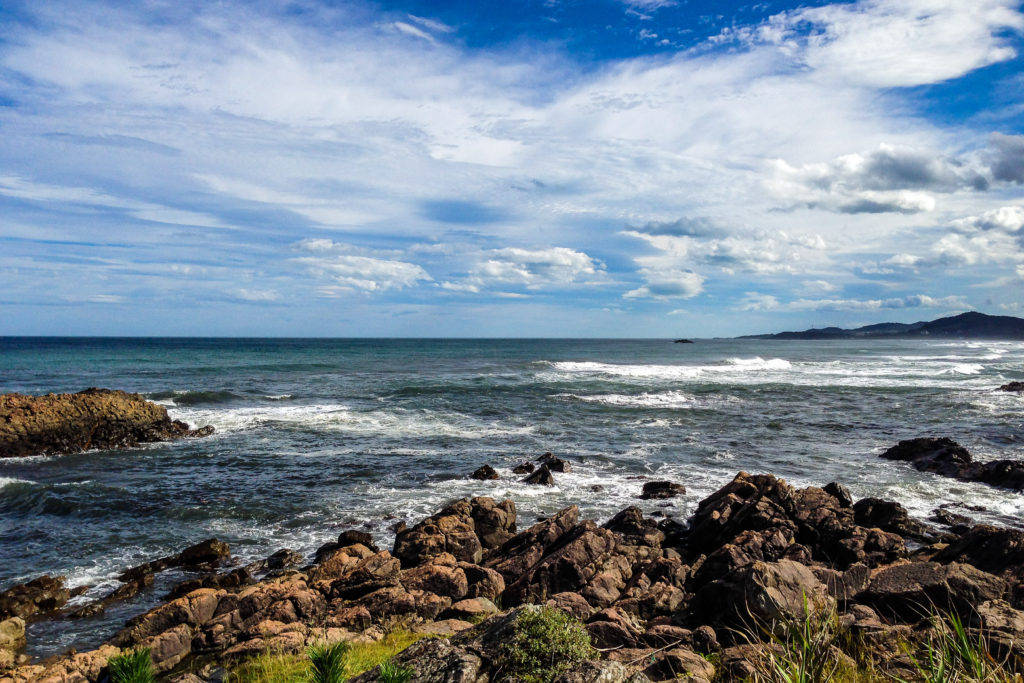 Close to Isegahama is Omi-jinga, a small shrine perched right on the edge of the sea. Similar in design to the Great Shrine of Ise, it’s nicknamed the Ise of Miyazaki, or Oisesama. It’s well known for a huge round stone resembling a dragon egg, and a giant boulder made of naturally fused stones.

Built in 1936, Omi Shrine is said to honor the great sun goddess, Amaterasu Omikami. The history of the shrine is shrouded in myths; one tells of the god Niniginomikoto, who found a beautiful cove when he was sent from heaven to Takachiho. He enshrined Amaterasu there and prayed for peace.

Another tells of the first mythical emperor Jimmu, who stopped at the shrine to pray for victory and safe passage on his way to conquer eastern Japan. He left his whale hunting spear at the shrine as an offering to the gods.