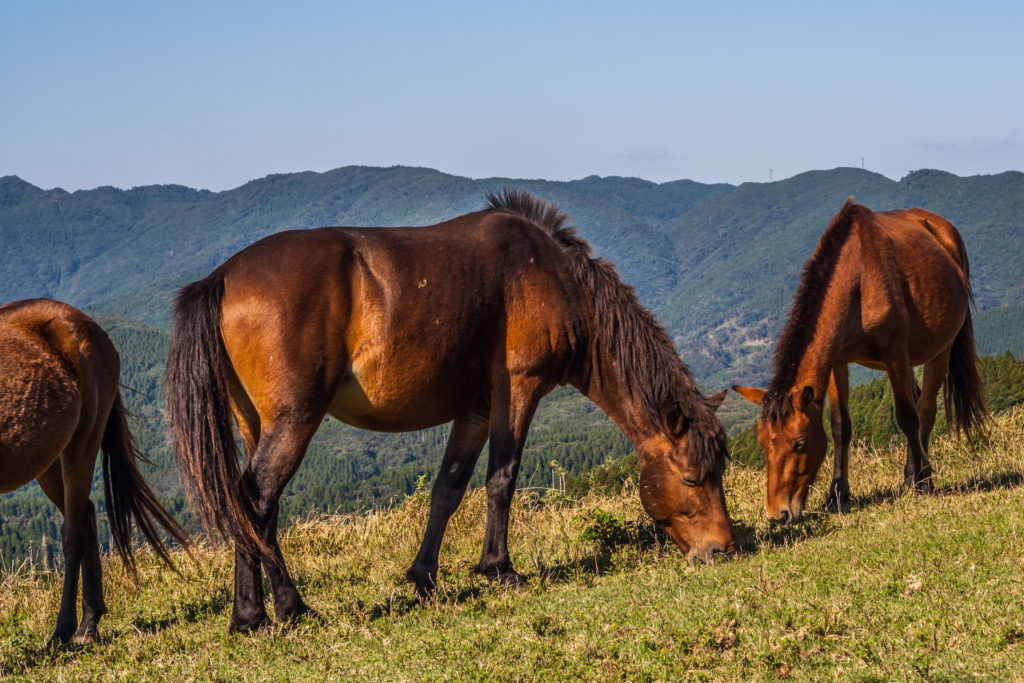 The southernmost point of Miyazaki prefecture is home to Kyushu’s only public-entry lighthouse, a 90,000 m² coral colony, abandoned hotels, and a population of rare horses known as the Misaki.

Brought to these hills after World War II, the breed was previously used as a working horse by the Takanabe Clan to toil their farms and transport shepherds. They stand at just 134 cm (4.3 ft) and are often mistaken for ponies. About 90 of the horses remain today and their breeding grounds at Cape Toi are designated a national monument.

Visitors can get quite close to these unique animals as they are quite docile in nature, but care should be taken not to feed or touch them, or approach them from behind. They can usually be found grazing alongside the road or up in the one of the many hills that rises from the coast. 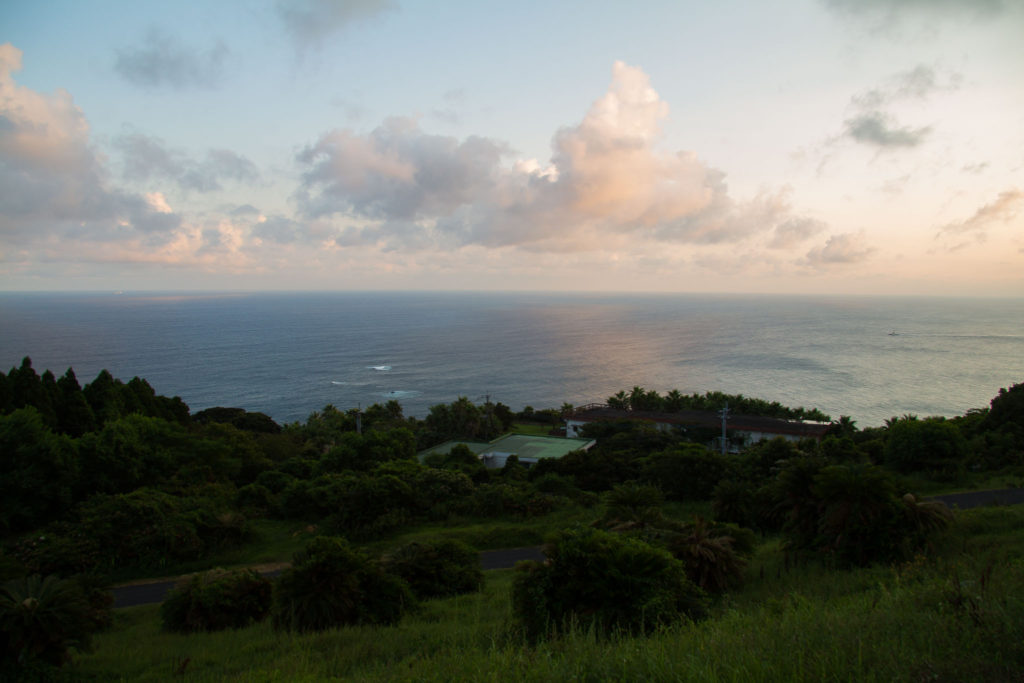 A series of walking trails winds through this high ground and its forestland, which contains over 3,000 cycad trees. The view from these pathways is almost as spectacular as from the Cape Toi Lighthouse. Perched atop a 255-m (836-ft) high cliff, you can see all the way to Kagoshima’s Ōsumi Peninsula from here on a clear day.

Just a short walk away is the Visitors’ Centre, which doubles as a museum. Here, you will find dioramas, photographs and videos explaining the history of the Misaki and information on the other animal and plant life in the area.

At the tip of the Cape on the Nichinan-Kaigan coastline, is a shrine dedicated to the sea god, Watatsumi, who protects against sea disasters and aids in matchmaking. Since a mudslide blocked the path, it’s not possible to reach the shrine which is set inside a steep cliff. Instead, visitors can see the front of the shrine and enjoy the seaside views.

In the summer, Cape Toi hosts a widely popular Fire Festival. The event honors an old legend which tells of a monk who defeated the giant serpent that was terrorizing the local population by throwing a torch into its mouth. A 30-meter pine tree is erected to represent the snake, and volunteers throw flaming torches at its center until they set it alight. Once the tree is ablaze, it sets off a fireworks display.

Cape Toi will also delight urban explorers with its many abandoned hotels, some of which have been standing vacant since the 1980s. Misaki horses are known to roam the hallways and graze in the gardens of these old buildings. Trespassing is punishable, so proceed with caution.